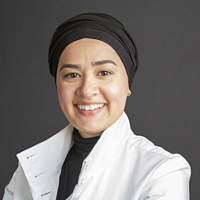 Dr. Suleiman attended UIC’s College of Dentistry and received her DDS in 2013. In May 2016 she completed her periodontal training and Master of Oral Science at the University of Illinois-Chicago. Her master’s thesis research was awarded first place from the Midwest Society of Periodontology student research forum.

Dr. Suleiman grew up in the southwest suburbs of Chicago and is excited to be close to home. She and her husband moved back from Champaign where she practiced for 4 years and served as a member and speaker for the Illini District and Eastern Illinois local dental societies. They are proud parents of a girl, Emma Ata, born February 2017.